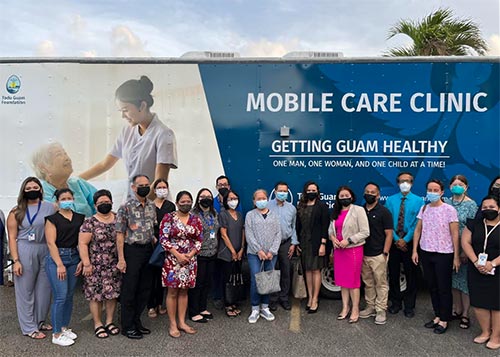 Learn about our operations, leadership, and more. 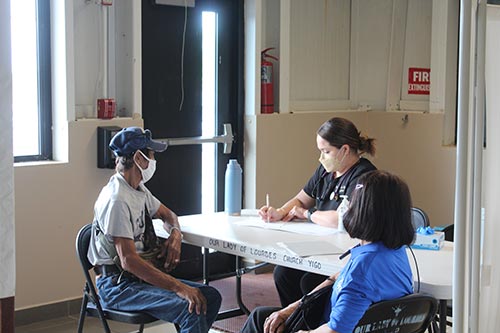 Learn more about the foundation teams and programs that are making an impact on Guam One Man, One Woman, and One Child at a time! 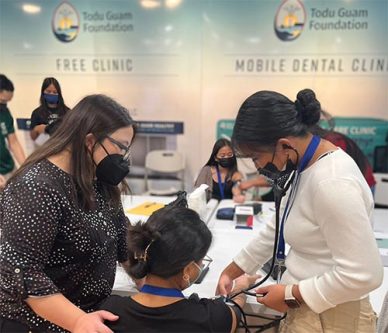 See our volunteers in action and learn about how you can join the mission.

How to be a Volunteer

Todu Guam in the News

The Founders of Todu Guam Foundation

In 2010 former Senator Dennis G. Rodriguez, Jr. was elected to and served in the 31st through the 34th Guam Legislature. As chairman of the Committee on Health of the Guam Legislature for those 8 years, Senator Rodriguez saw first-hand the challenges facing the overall healthcare infrastructure on the island. He was most especially concerned about the decades old problems of Guam’s only public hospital.

The data was clear, the Guam Memorial Hospital emergency room was being flooded by residents who lacked access to primary, preventative, and urgent care needs. Residents were showing up at the ER for illnesses that should be addressed in outpatient settings. Most of the cases facing our people were non-communicable diseases that were preventable and easily addressed by primary care interventions. The disproportionate use of taxpayer funds were highlighted by the constant need to bail out the island’s only public hospital a few months into a new fiscal year. The Guam Memorial Hospital is required to treat and care for patients regardless of one’s ability to pay for services.

Dennis knew it would take a paradigm shift to address these challenges. He advocated for taxpayer monies to be invested in the “front end” of the delivery of healthcare, instead of the “back end” spending that has become the norm. He believed if we provided primary and preventative care to residents, inclusive of outreach and educational awareness campaigns on healthy living, the long term effects would result in less usage of the more expensive costs of acute care services at the hospital. He believed if people had easy access to a doctor for annual check up, sick doctor visits, timely immunizations, and the knowledge to make better health and lifestyle decisions, we would be on a path towards a healthier community.

As Dennis worked on developing public policy to expand health insurance access to more individuals through the passage of Public Law 34-59, also known as “Health Care Para Todu Plan”. Simultaneously to working on this public policy, Dennis, with the assistance and full support of his wife Lena launched the first Mobile Clinic unit with its first community outreach using personal funds and the help from a few family and friends. The outreach was conducted in July of 2016 at the Paradise Fitness Center parking lot in Hagatna. Dennis and Lena acknowledged that while Dennis was working in the government to bring the community greater access to care, the need was immediate.

Rodriguez’s commitment to “Getting Guam Healthy One Man, One Woman, and One Child at a time” started with an idea and a small gesture to alleviate some of the community’s burden in getting access to care. After recognizing the success of the Mobile Clinic’s first community outreach, the couple set out to have several more outreaches around the island serving over 700 patients in the first 6 months. In March 2017 they formed the Todu Guam Foundation in order to grow the organization to provide more opportunities for access to care.

The Founders are ever so grateful to the community doctors, nurses, social workers, pharmacists, and other volunteers who helped bridge the gap in services during the first five years of the foundation. The mission continues, Dennis and Lena have brought together like minded individuals from a cross sector of the community that either serve as TGF Board of Directors, advisors, and mentors to help elevate the services provided to our people and the ultimate vision of Getting Guam Healthy One Man, One Woman, & One Child at a time. 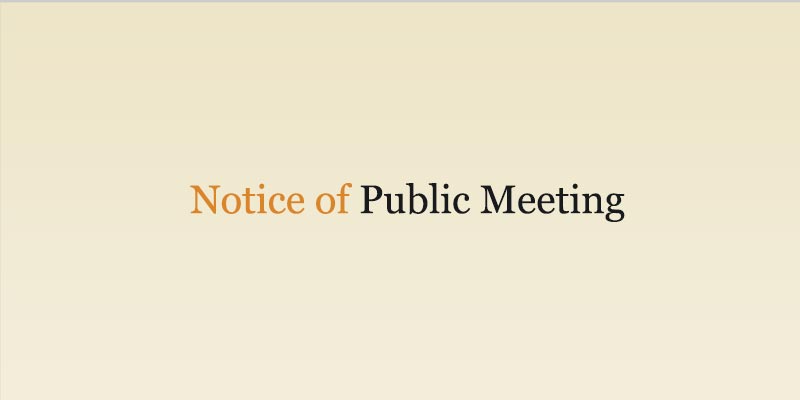 We are a nonprofit Getting Guam Healthy, One Man, One Woman, and One Child at a time.

Contact Us
Menu
Copyright 2022 © Toduguam Foundation All rights Reserved.
We use cookies on our website to give you the most relevant experience by remembering your preferences and repeat visits. By clicking “Accept All”, you consent to the use of ALL the cookies. However, you may visit "Cookie Settings" to provide a controlled consent.
Cookie SettingsAccept All
Manage consent

This website uses cookies to improve your experience while you navigate through the website. Out of these, the cookies that are categorized as necessary are stored on your browser as they are essential for the working of basic functionalities of the website. We also use third-party cookies that help us analyze and understand how you use this website. These cookies will be stored in your browser only with your consent. You also have the option to opt-out of these cookies. But opting out of some of these cookies may affect your browsing experience.
Necessary Always Enabled
Necessary cookies are absolutely essential for the website to function properly. These cookies ensure basic functionalities and security features of the website, anonymously.
Functional
Functional cookies help to perform certain functionalities like sharing the content of the website on social media platforms, collect feedbacks, and other third-party features.
Performance
Performance cookies are used to understand and analyze the key performance indexes of the website which helps in delivering a better user experience for the visitors.
Analytics
Analytical cookies are used to understand how visitors interact with the website. These cookies help provide information on metrics the number of visitors, bounce rate, traffic source, etc.
Advertisement
Advertisement cookies are used to provide visitors with relevant ads and marketing campaigns. These cookies track visitors across websites and collect information to provide customized ads.
Others
Other uncategorized cookies are those that are being analyzed and have not been classified into a category as yet.
SAVE & ACCEPT